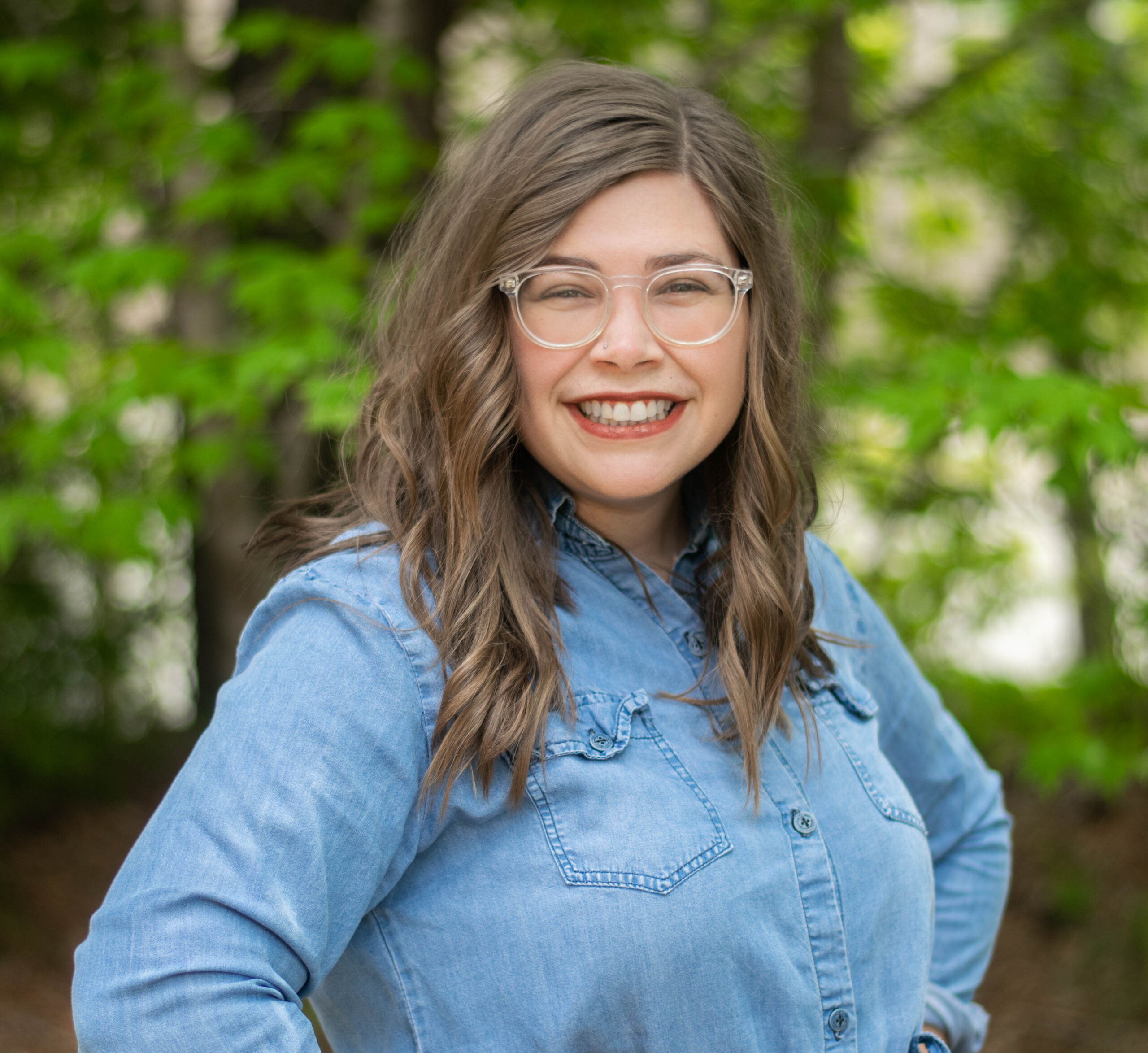 Hannah Joy is originally from Oklahoma, however her parents are missionaries so she grew up in South Korea and the Philippines. Her K-12 education was a mix of homeschool and traditional international schools overseas. Hannah has a bachelor’s degree in Early Childhood Education from Oklahoma Baptist University. After graduating from college she was a homeschool teacher in North Africa for two years. She moved to the Raleigh area to take classes at Southeastern Seminary in August of 2021. Hannah  is excited for the chance to teach again while finishing a Master’s degree.

Hannah has a heart for serving others and investing in children’s lives. She loves the HLA university model and the discipleship community at the school! She can’t wait to watch her kiddos grow this year! 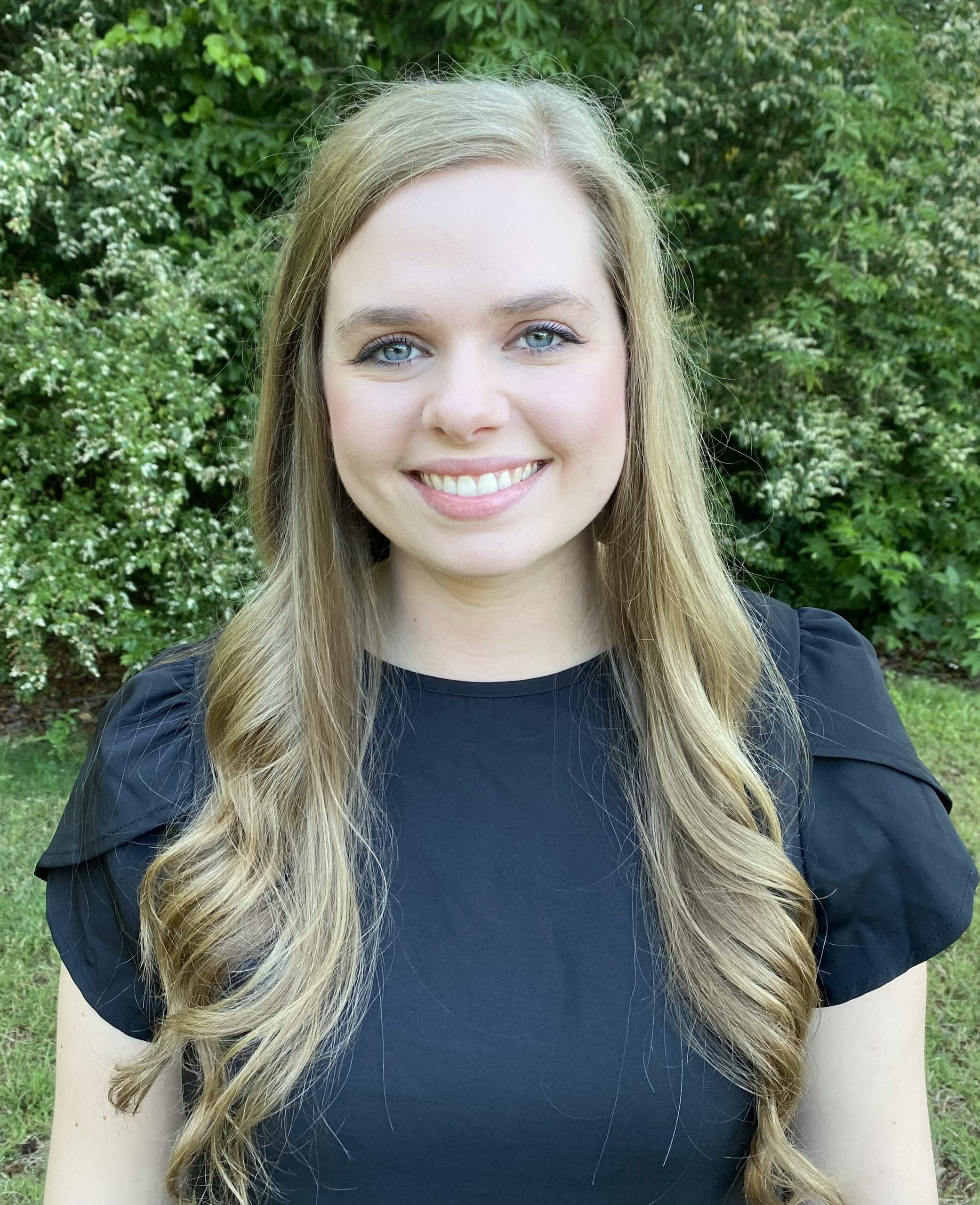 Rachel Kisko is a native to Raleigh, NC and has enjoyed living in the beautiful Oak City ever since she was born. She is one of three sisters, one of which is her twin. She was homeschooled for 10 years before attending college at East Carolina University (Go Pirates!). Rachel graduated with a Bachelor of Science Degree in Special Education, General Curriculum. She has been teaching since Fall of 2018 and is an NC licensed teacher in Special Education K-12, General Education K-6, and Reading.

Not long after beginning her teaching career, she met her now husband of almost 2 years, Brian Kisko. They met at the Young Professionals ministry at the church they regularly attend. They have been incredibly blessed by the Lord’s faithfulness and goodness through the mentorship, friendship, and community of this ministry.

Rachel is so excited to be moving into a new teaching environment and utilize her teaching and homeschool background. She is so thankful to have followed the Lord’s calling to work at HLA this school year. Her passion to not only build in her students a love of learning, but to also be a small part of raising up strong, faithful, and godly leaders in their generation is what she is looking forward to most. Rachel is so thankful and honored for the opportunity to partner with students and families in furthering the gospel in this way. 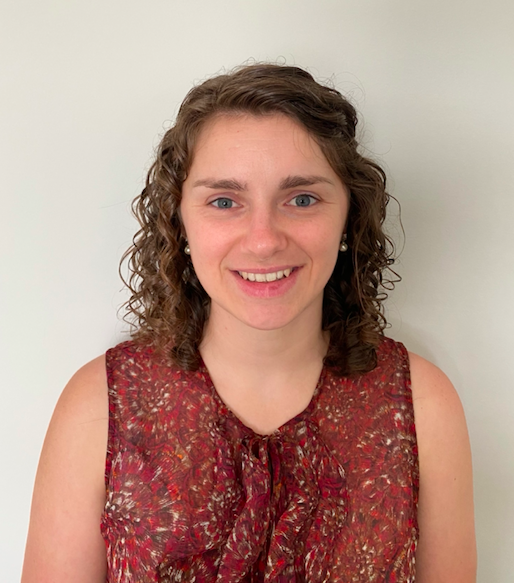 Michelle Zhu grew up in a small town in northeast Oklahoma. She was introduced to the Gospel as a preteen as she attended Awanas at the local First Baptist Church. For several years she struggled with the truth of a loving God who would send his son to redeem her from sin. Through the love of the church members investing in her life and the drawing of the Holy Spirit she placed her faith in Christ at the age of 13 as the Way, the Truth and the Life. She grew up and was discipled by her church family into a leader in her youth group and learned to truly love to study the Bible and apply it to every area of life. Receiving scholarships to Northeastern State University, she got her bachelor’s degree in Early Childhood Education with the intent of becoming a teacher overseas as a platform for sharing the Gospel among people groups with little access to the Good News. After graduating in December of 2014 with her degree she worked for 5 months as a full-time substitute in her local school system. In July of 2015, her church family sent her out as a mid-term missionary with the International Mission Board to live in Central Asia where she helped homeschool 7 missionary kids on her team and served alongside career missionaries in her city until July of 2017. In August of 2017 she moved to Wake Forest to attend Southeastern Baptist Theological Seminary to get her masters degree in Christian Marriage, Family and Individual Counseling with the intention of returning overseas with the IMB as a member care counselor. After graduating in December of 2020, she worked for 6 months in a preschool, working as a teacher for a two year old classroom before joining the HLA 3rd grade team. Michelle met her husband, Michael, while attending a small group in their church and got married in 2019. They live together in Wake Forest where they attend Richland Creek Community Church. They both have a deep passion and love for serving children to grow up to know Christ as Lord. 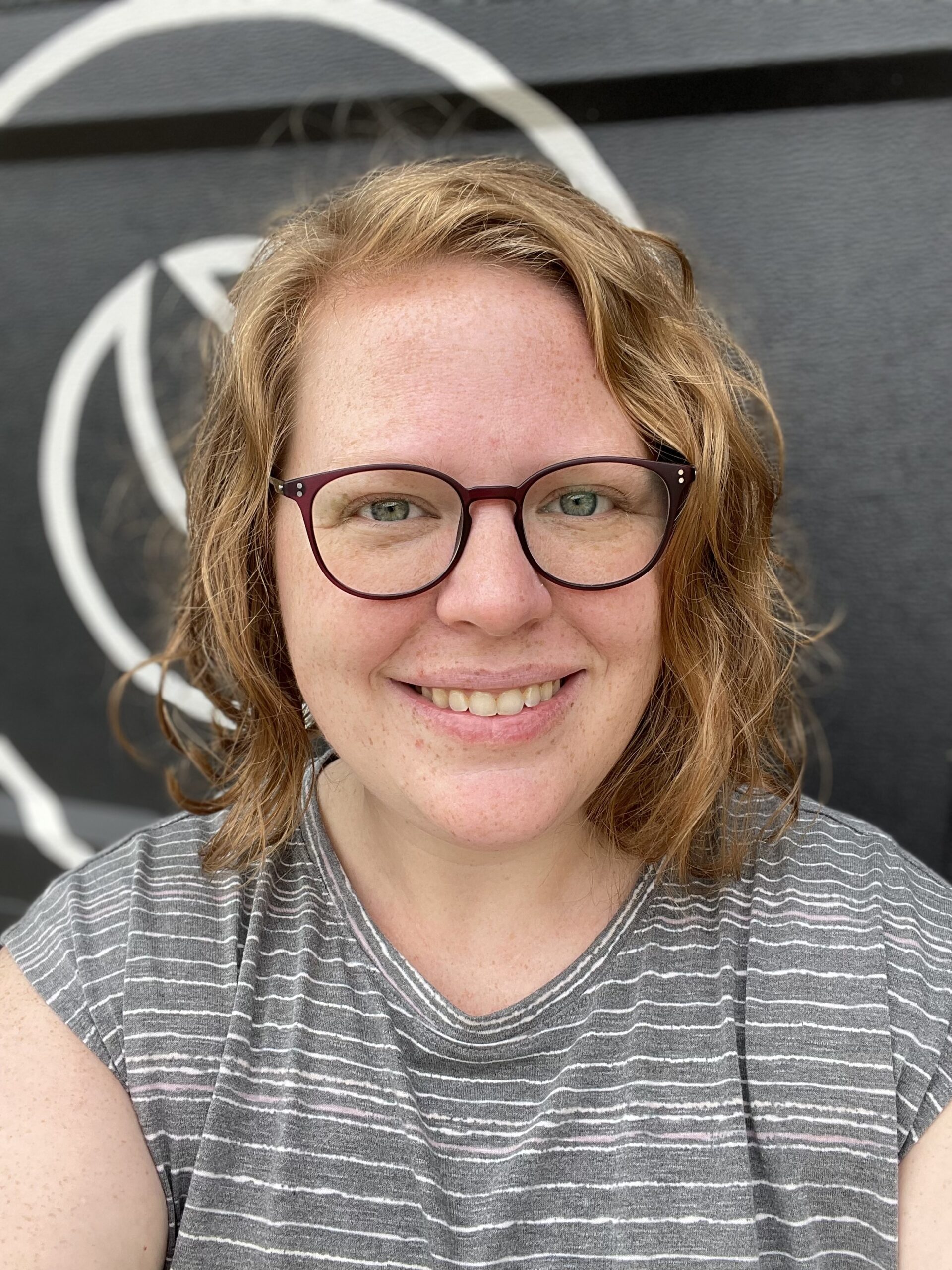 Deborah has been married to her husband, Ryan, for 10 years now, and they have two boys together, ages 6 and 3. She holds a bachelor’s degree in Women’s Ministry from Liberty University and spent several years working in youth ministry with her husband before leaving to attend Southeastern. After having their first son, Deborah chose to stay home to raise her children. Now that her oldest is in school and her husband works from home to help with the youngest, she has decided to step out and pursue her dreams of teaching that the Lord has placed on her heart.

While growing up with an English teacher as a father made her despise grammar as a child, English has become something that she loves as an adult after seeing the beauty of what understanding the intricacies of language can draw out. She began to see these intricacies first laid out in studying scripture in a New Testament class during her first semester in college. This sparked a love of the scriptures in her, and she chose to pursue a degree that helped her gain an even greater understanding of the richness that can be found within them. Now, with a better understanding of the beauty of both language and scripture, her desire is to pursue teaching with the hopes of inspiring others to see and enjoy them as well. 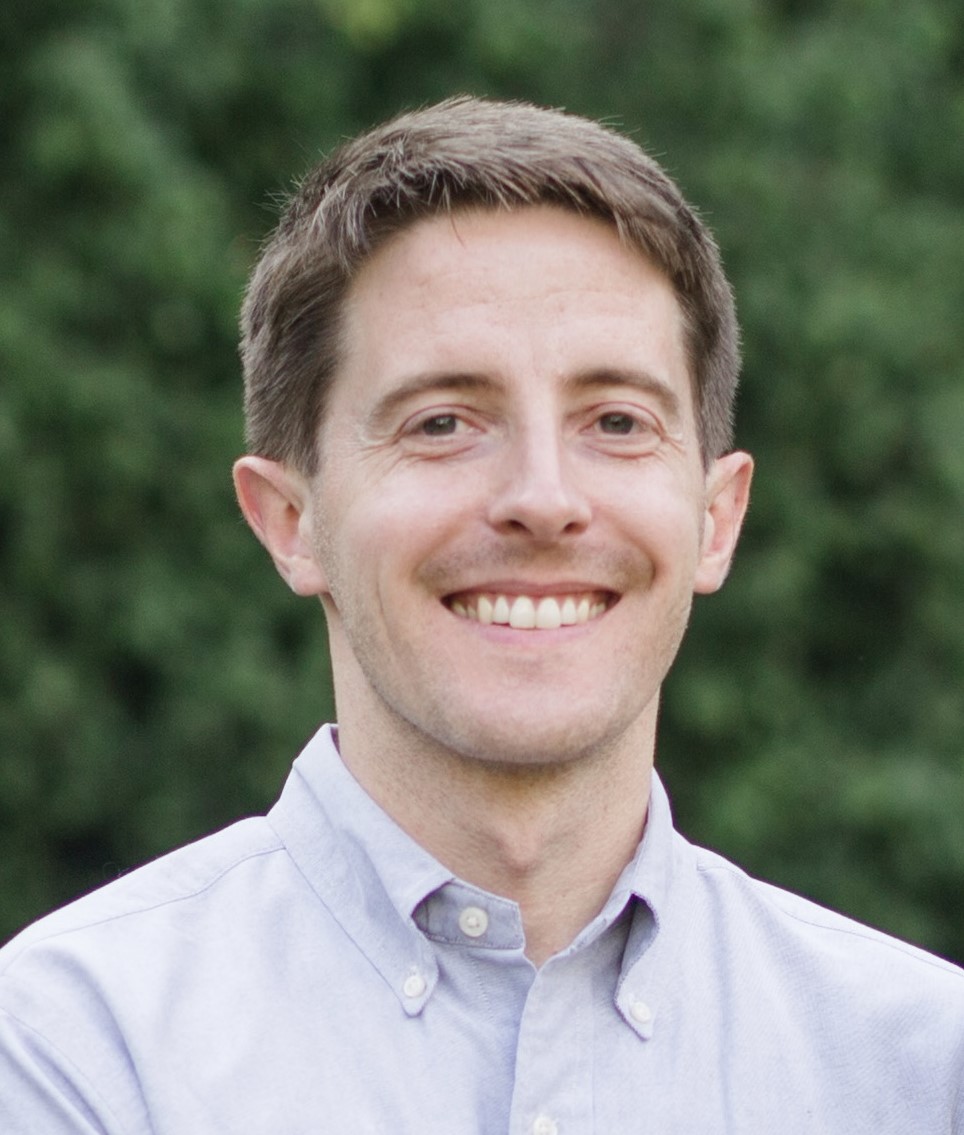 David is a native of Raleigh and is excited to join the HLA family! David’s teaching career began with Teach for America, where he taught in the inner-city schools of New Orleans. It was one of the most challenging experiences of his life but one that he loved. After finishing his teaching stint in Louisiana, David went to Greenville, SC to teach and reconnect with many of his college friends. (He graduated from Furman University in Greenville, SC.) After teaching for four years in the area, David returned to Raleigh to get his Masters in Education from NC State University. Since then, David his taught in all different types of schools – charter, public, and private. He is excited to bring his experiences as a Math teacher to HLA as well as share his faith, something that isn’t always possible in the public domain.

Outside of school, you can find David on different construction sites throughout the Triangle. Since the beginning of COVID, David took a risk and fulfilled a dream to flip houses, or make ugly homes into desirable places to live. He continues to do this type of work in addition to teaching. At home, David enjoys spending time with his wife, two boys – Benjamin (2) and Caleb (one month), getting outside, working out, and trying to get some sleep when he can! 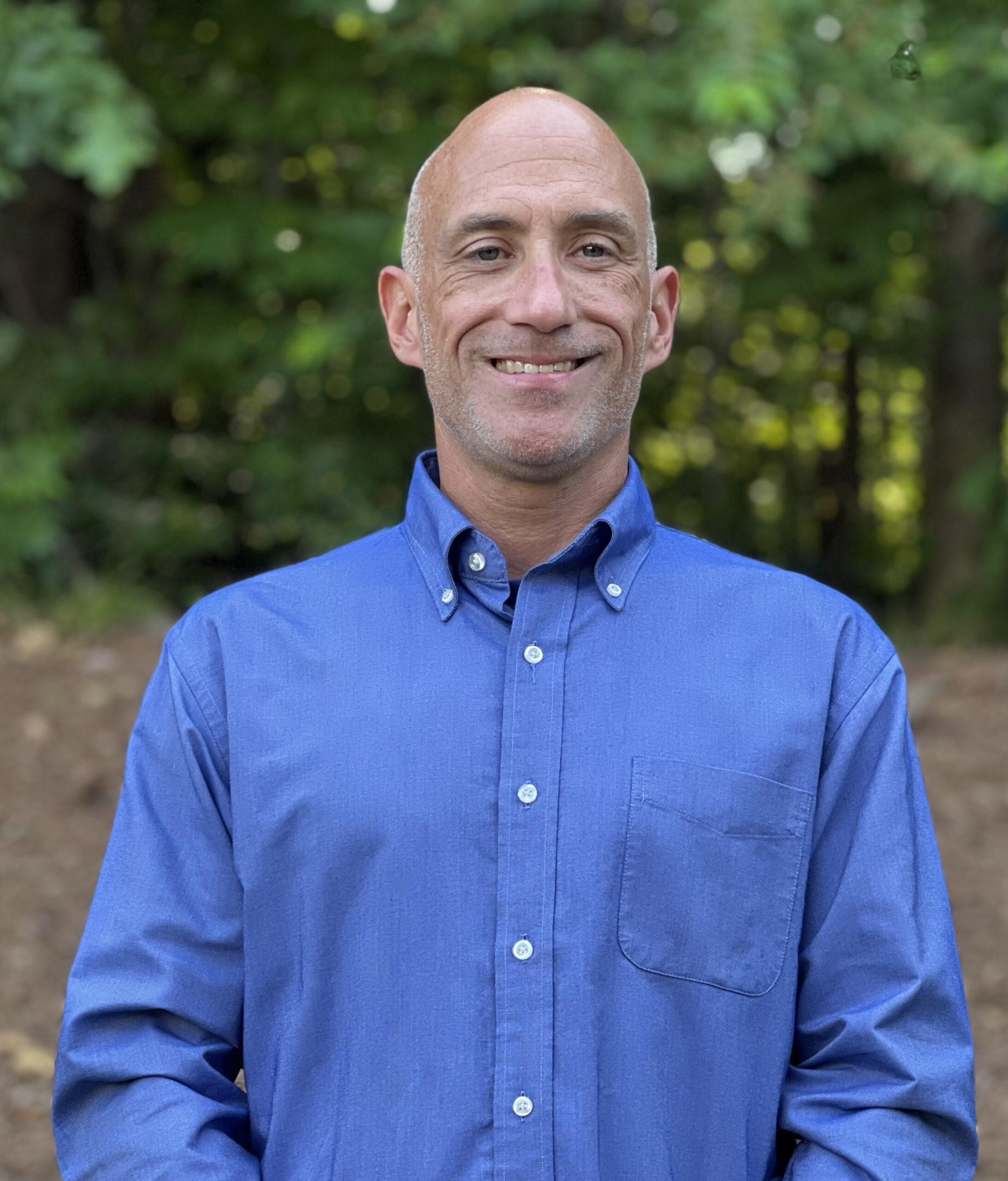 Joe Rabiega is excited to join HLA this year as an Earth Science and Cultural Geography middle school teacher. He is a father of 5 daughters and has been married to his wife Tiffany for 20 years. God, family, teaching, and running are his main joys in life. Prior to being led to Christian education, Joe spent 20 years providing counseling services to those struggling with various personal and life-related issues. Approximately 3 years ago, Joe’s personal and professional life experienced a spiritual revival that led to a renewed sense of purpose and direction. He began substituting and coaching running at a K-12 Christian school and decided to pursue Christian education with a passion. Already having a BS and MA in Psychology, Joe  enrolled at Liberty University and earned his M.Ed. in Curriculum and Instruction with a History concentration in 2020. His love of the Lord and desire to follow His direction, led Joe to continue his education by completing a Graduate Certificate in Biblical Studies in 2021, also from Liberty. 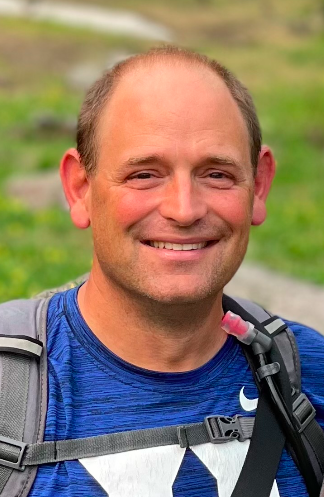 Jay is a local product, having grown up in Cary. From an early age, he had a sense that some of his best gifts lie in teaching. After getting a Civil Engineering degree in college, he earned a Master of Divinity degree from Asbury Theological Seminary in Wilmore, KY. He then served as a pastor in the eastern half of North Carolina in the United Methodist Church for 15 years. Most recently, he was worked with Networks Basketball and the YMCA of the Triangle to coaching teach over 1,200 young athletes of all ages and skill-levels.

Some of the books that have informed Jay’s life journey over the last half-decade are “Love Does” by Bob Goff, “Mindset” by Dr. Carol Dweck, “Beautiful Outlaw” by John Eldredge and “The Underground Railroad” by William Still. Additionally, he enjoys road trips and videography. When you see him, ask him about the time he flew his drone over Beverly Hills.
His favorite Bible verse is 2 Corinthians 8:9, “For you know the grace of our Lord Jesus Christ, that though he was rich, yet for your sake he became poor, so that you through his poverty might become rich.” 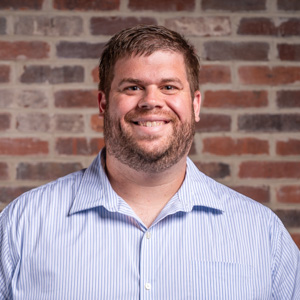 Tyler English serves as the Kid’s Pastor at the Summit Church in Raleigh. He has a beautiful wife, Sheena, and two beautiful girls Skylar (6) and Evy (2). We love day trips to the beach, dance parties in the living room, and overall just having a good time. Tyler enjoys fishing when he has a day off. Tyler’s absolute favorite thing to do is to teach kids how to understand the gospel and apply it to their lives and is super excited to be a part of HLA this year.